The last in our series of OKFestival keynote spotlights introduces Eric Hysen, who heads up Google's elections and civic engagement products and programmes. Google’s work in this sphere has generated huge strides forwards at a global scale; with the help of his team, Eric has developed various tools which have helped people in over 30 countries both engage and vote in their respective political processes. Google’s team does this by organising and opening up information related to the electoral process, with Eric’s team working to improve access to the information citizens need in order to truly shape their own democratic processes. 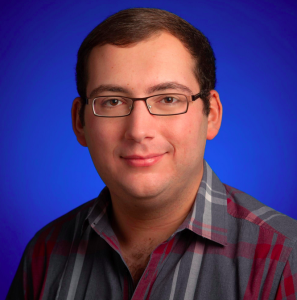 In his keynote Eric will outline the overdue rise and impact of civic technologies in the last few years, but more importantly, he will open our eyes to the problem which all civic technologies are currently facing. As things currently stand, civic tech has reached that point common to all new technology; it requires the creation of a common infrastructure in order for it's impact to become scaleable. Without scale, real change remains a distant hope. While individual civic engagement apps have helped citizens vote, made governments more accountable and been effective in engaging people in the political process, we have reached the point where we need to come together to build our public data infrastructure. Only at this point can we expect to see continuous and global progress.

In his talk, Eric will shed light on current research and discuss the three tenets of civic technology which he believes can help take us towards a common framework. To find out what these critical elements in taking the next steps are, and how your involvement is critical to global progress, come and join Eric and many others from governments, corporations and academics to funders, civic hackers and citizens as we all come work to develop this framework together, starting at Open Knowledge Festival 2014 where we will help civic technology take the first steps towards generating a truly participatory, informed and democratic relationship between governments and citizens.

Though selling quickly, there are still some tickets left; buy one now and join Eric Hysen, Beatriz Busaniche, Patric Alley, Neelie Kroes and hundreds of other members of the global open knowledge community at OKFestival from July 15th to July 17th to share experiences, learn from peers and collectively build a stronger open knowledge movement.